Our pharmacy staff help deliver on our motto: Pharmacy First Plus, First for Health, First for You.

Our pharmacy staff are all dedicated to catering for your health, retail and cosmetic needs.

Superintendent Pharmacist: Keith O’Hourihane
Keith graduated from Robert Gordon University, Aberdeen in 1999. He has extensive experience in community pharmacy and has sat on various committees in both the Irish Pharmacists’ Union and the Pharmaceutical Society of Ireland.

Financial Director: Anne O’Hourihane
Anne has looked after pharmacy finances throughout her career, working for O’Connor’s Pharmacy in Douglas prior to Pharmacy First Plus. Anne is a keen golfer and tennis player! 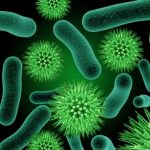 In newspapers dominated with Donald Trump and the rise of right ring politics we tend to ignore the very immediate and perhaps equally insidious prospect presented by a future without antibiotics. Last week was World Antibiotic Awareness Week. Were you aware of it? Bacterial resistance to antibiotics is a very real problem. Imagine reverting back […]

Pharmacy First Plus - First for Health. First for You.

For more information, to request a call back or book an appointment please email keith@pharmacyfirstplus.ie

Print Photos Online Upload your photos and choose from prints or a variety of gifts. (This link will take you away from this site to our Fujipix online shop.